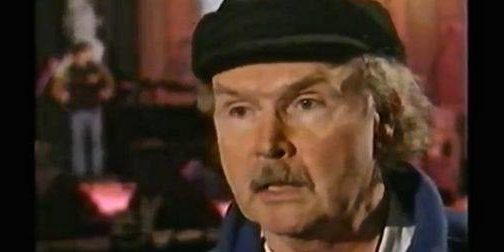 Tom Paxton received the Grammy Lifetime Achievement Award in 2009 for a music career spanning over 50 years.

Since the early 1960s he has written some classic songs which you may have even sung in Primary School, such as The Marvellous Toy and Rambling Boy.

He also wrote many songs that reflect a strong social conscience, including Jimmy Newman, which is featured here. One of his better known songs might be The Last Thing On My Mind, which I first heard recorded by Neil Diamond.

The Last Thing On My Mind was a Top 10 Country Music in 1967, recorded as a duet by Dolly Parton and Porter Wagoner. Other artists to record this song include: Joan Baez, Glenn Campbell, Johnny Cash, Judy Collins, Marianne Faithfull, Jose Feliciano, Willie Nelson, Gram Parsons, Peter, Paul and Mary, and The Seekers.

Another significant song from Tom Paxton is Whose Garden Was This, written for the first Earth Day, and later recorded by John Denver as the title track of one of his own albums. An environmentalist anthem, it gives us a foretaste of how we might feel living in a time when the environment has been totally devastated and degraded, to the point where we no longer even recognise the remains of a garden, or know what a blue sky is like.

Jimmy Newman is one of the great anti-war songs by Tom Paxton, which was also recorded by John Denver on one of his early and lesser-known albums, Take Me To Tomorrow. Here Tom Paxton pays tribute to John Denver. In his story he tells of how he came to know John.